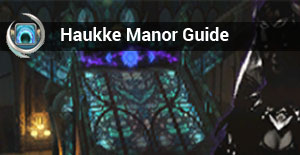 Once used by seedseers as a place for spiritual reflection and meditation, Haukke Manor was long frowned upon by the people of Gridania as a symbol of excess. After years of protest, the building was finally sold to a wealthy duskwight by the name of Lady Amandine.

While little is known of the Lady, it was said that she was exceptionally vain, and that to maintain her impeccable beauty, she would spare no expense. From facial creams concocted from rare Coerthas honeys to shampoos derived from the milk of exotic phurbles, her daily ritual of beauty treatments escalated until it was rumored she was bathing in the blood of her virgin maidservants. No amount of man-made tinctures, however, could hide the hideous scars she eventually suffered during the Clamity, and from that day forth she was forced to turn to a darker solution, signing away her very soul in a final effort to “save face.”

Haukke Manor is a 3 story building. You start on the first level, moving to the cellarage and finally to the 2nd level where you fight the final boss Lady Amandine. Make sure you visit all rooms to get keys so you can unlock the doors to all the treasure coffers. Roaming monsters called Manor Maidservants traverse the halls of the manor and add a flavor to the battle if kept unnoticed, make sure you pull them away from your fight. In this dungeon, your TANK’s skills will show their worth.

How to get to Haukke Manor?

Where is Haukke Manor? It’s located in the Central Shroud near the White Wolf Gate of Gridania or Bentbranch Meadows 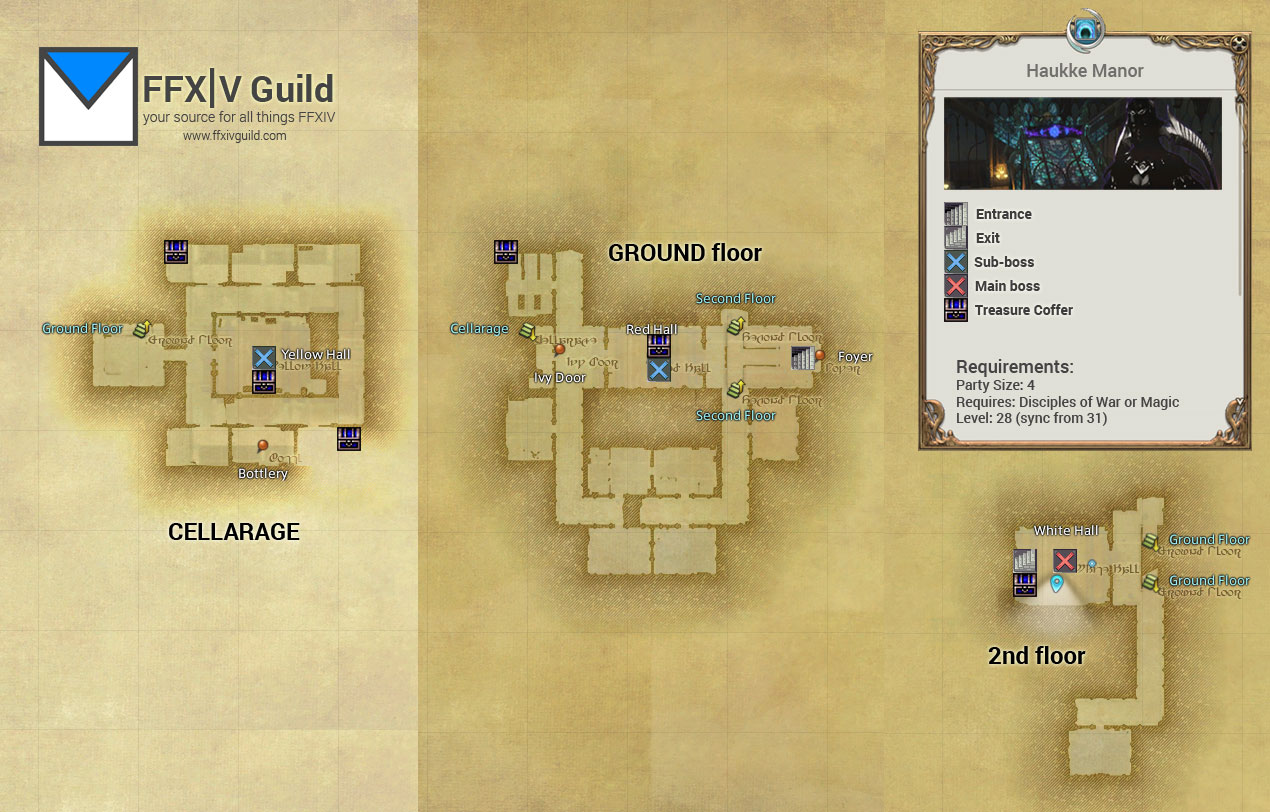 click image to enlarge   Patrol Monsters: Throughout the halls of Haukke Manor you will notice patrol monsters that, if given the chance, will join in your fight if you take them for granted. The best strategy is to pull these monsters away from the pack before encountering other monsters. Manor Maidservants: these monsters are annoying to say the least, because they join in fights and they cast PBAoE spells that deal significant damage. The key is to either lure these Maidservants to encounter them first before taking care of the other monsters. 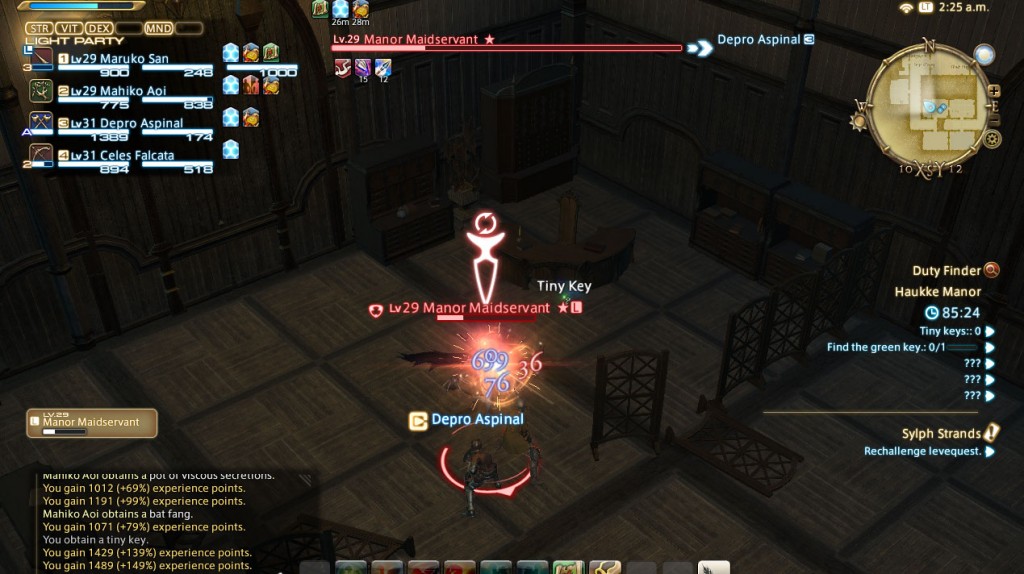 The Manor Claviger has a few tricks up her sleeve but nothing to worry too much about, all the party needs to do is make sure the TANK keeps enmity while party members face her back to avoid the cleave attack, make sure everyone coordinates their stuns for her Dark Mist skill. 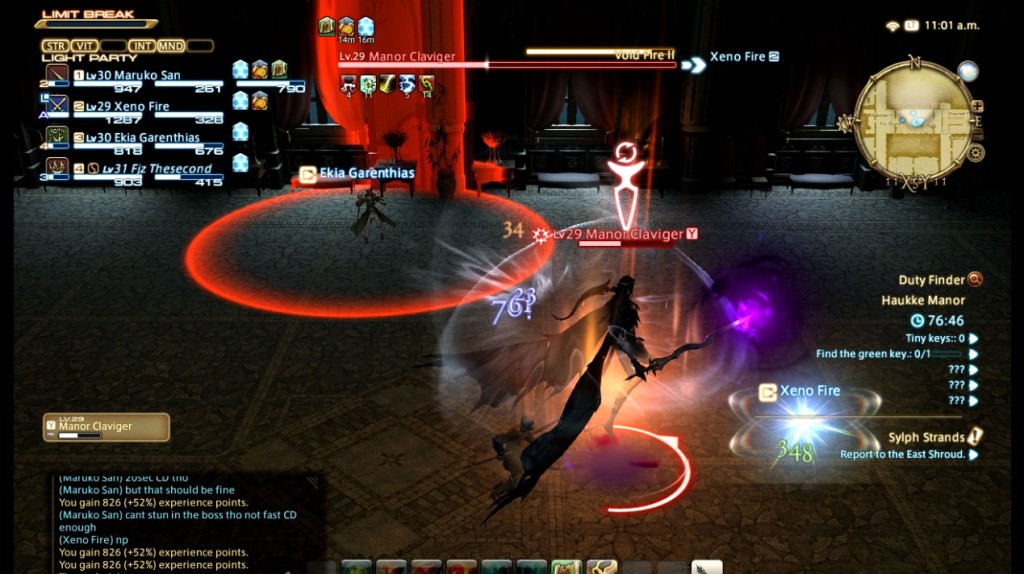 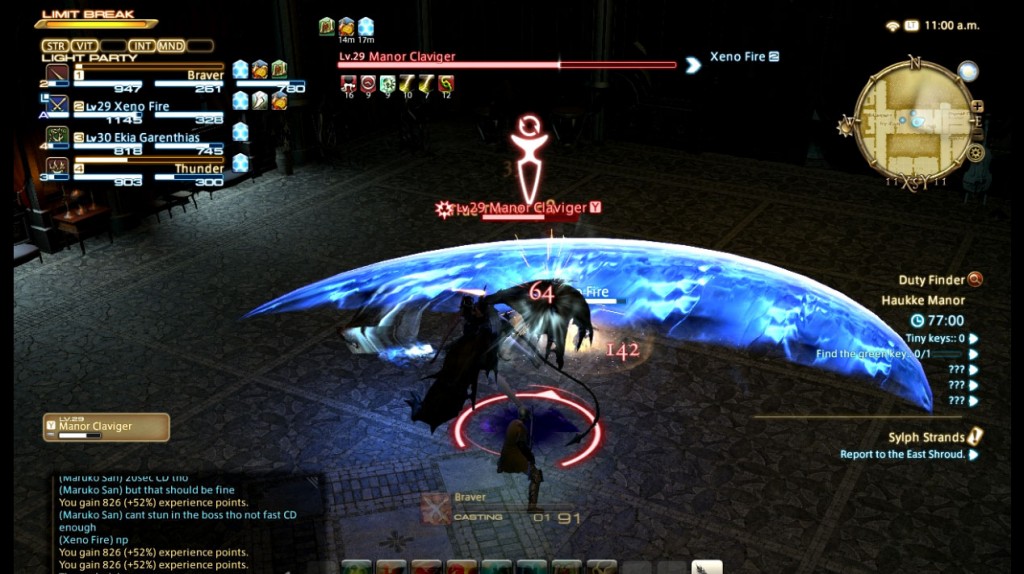 This can be a difficult fight if the party keeps changing targets… We usually attend to the Manor Jester first, while ensuring the TANK keeps enmity of both the Jester and the Steward. The Manor Steward casts a Soul Drain (PBAoE), but nothing that a coordinated disruption by stunning him cant handle. The TANK is the star of the fight in this battle. 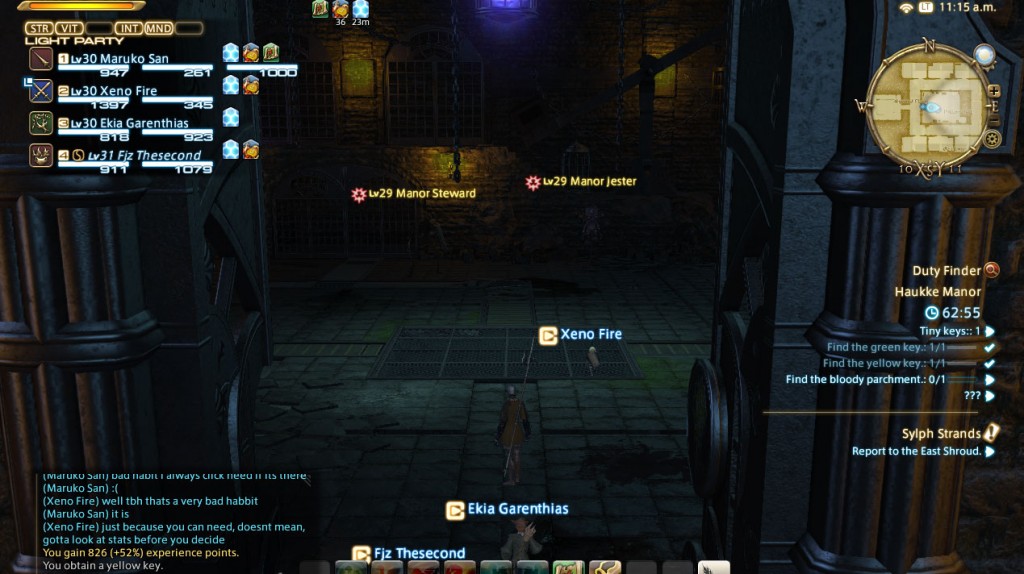 The overall strategy to defeat Lady Amandine is to ensure that each player executes their role the way they should. TANK and HEALER keeps emnity of Lady Amandine and any ADDS, while the DPS extinguishes lamps and defeats ADDS. All party members should be alert for casting circles and stay away from them. The most important skill to stun is the Dark Mist. All other details of the fight are below: 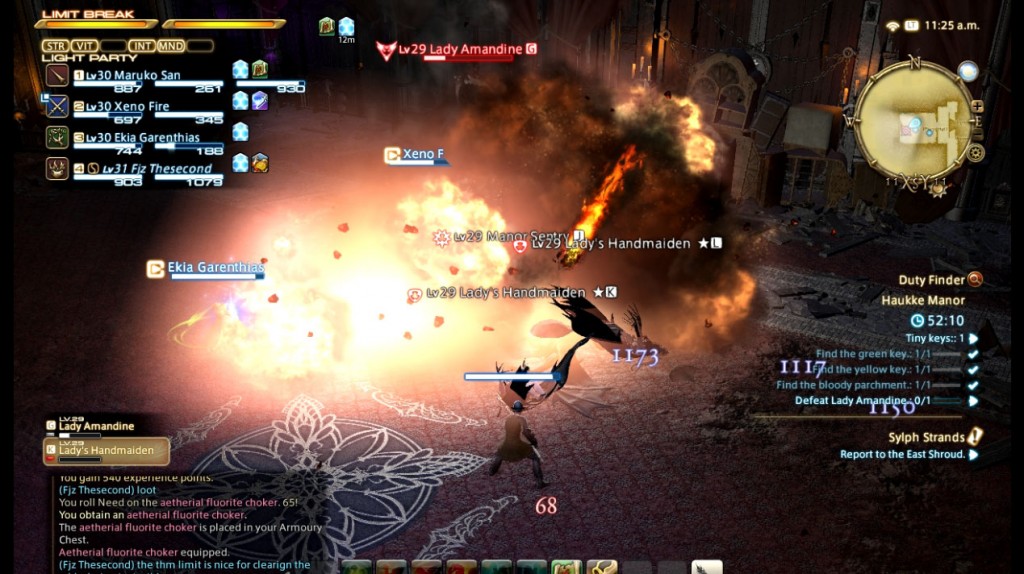 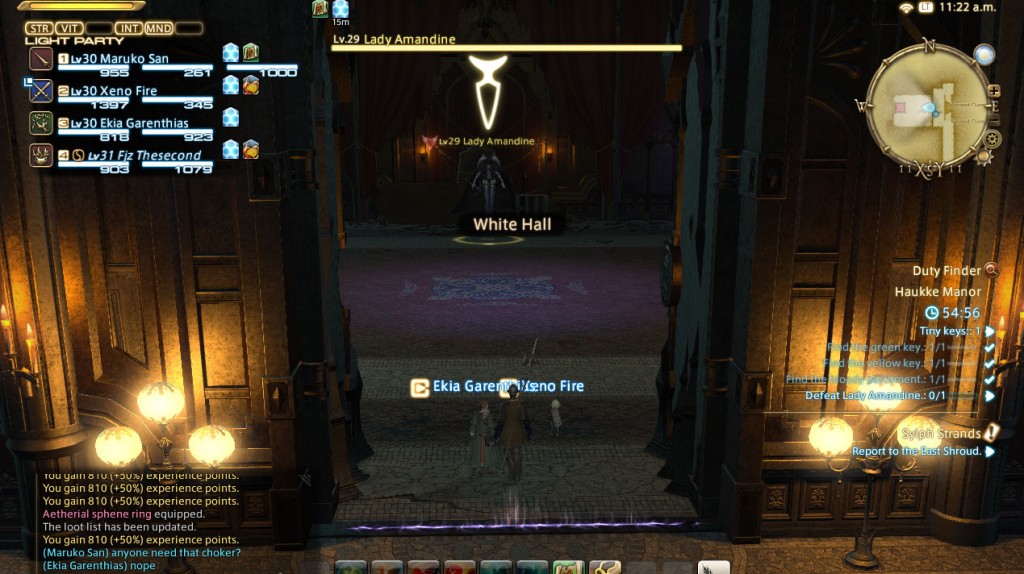