After a tiring journey across Eorzea, it is deep within the quiet jungles of Raincatcher Gully where the charismatic and enteprising young goblin, Brayflox Alltalks, chooses to build his tiny empire. What he does not realize, however, is that something else – something sinister – has also made the lush forest its home. Now driven from their rightful(?) claim, Brayflox and his brethren seek to retake the land, and are not above asking the help of lesser races (that would be you) to help them do so.

Where is Brayflox’s Longstop located? Located in Eastern La Noscea, near Wineport. 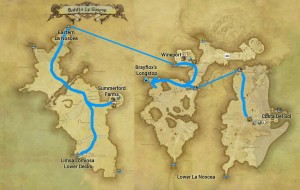 Brayflox’s longstop has many optional treasure chests. Most notable is the “goblin” sidequests. The map layout is not very straight-forward, and many packs of mobs can be skipped. There are four bosses in Braflox’s Longstop:

Brayflox’s Longstop has a unique Goblin Sidequest. You will pass a Goblin village where you can choose to save Goblins that are being attacked by Dragons (your efforts will be greatly rewarded, because every time you save a Goblin they will give you a treasure coffer). In the map we have marked all the locations.

There is only one thing you should note about this boss. A bunch of Adds spawn from the gate. A pretty basic fight that tests the fundamental skills of your group. The tank must pick up the adds, and DPS slow/stun/ kill them. The adds  must not reach the healer – he or she will die in seconds. 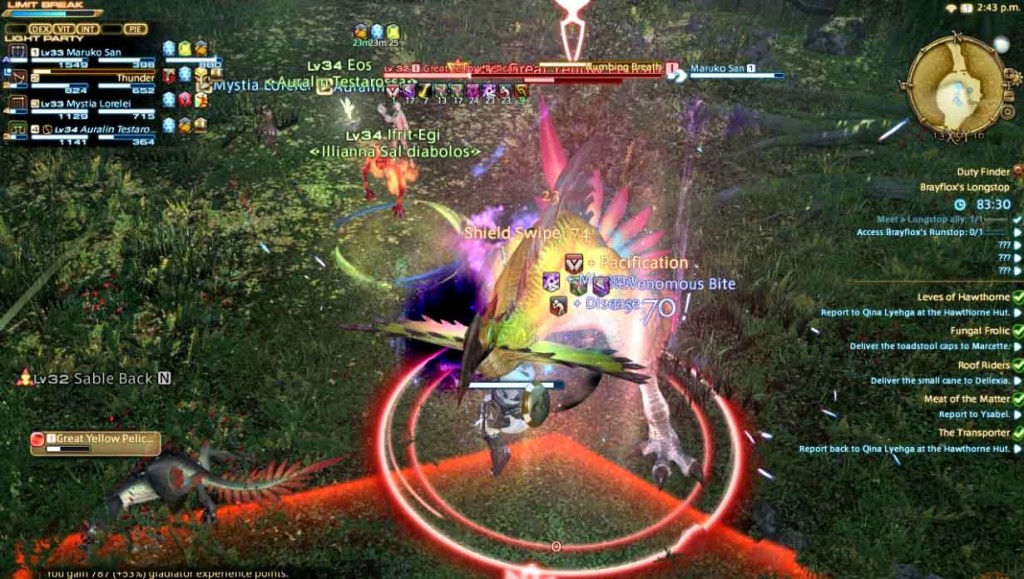 Inferno Drake has a cone attack that should be avoided. The tank must position the drake away from the other party members so they do not get caught in the target of his cone. There is an add phase where Brayflox will be chased by a dragon, make sure you kill the add before proceeding to kill Inferno Drake. Other that that the drake is a straightforward fight, and like all mobs in this dungeon he hits hard!

TIP: Inferno Drake can be put to sleep, handy when dealing with the add that pops up in the fight 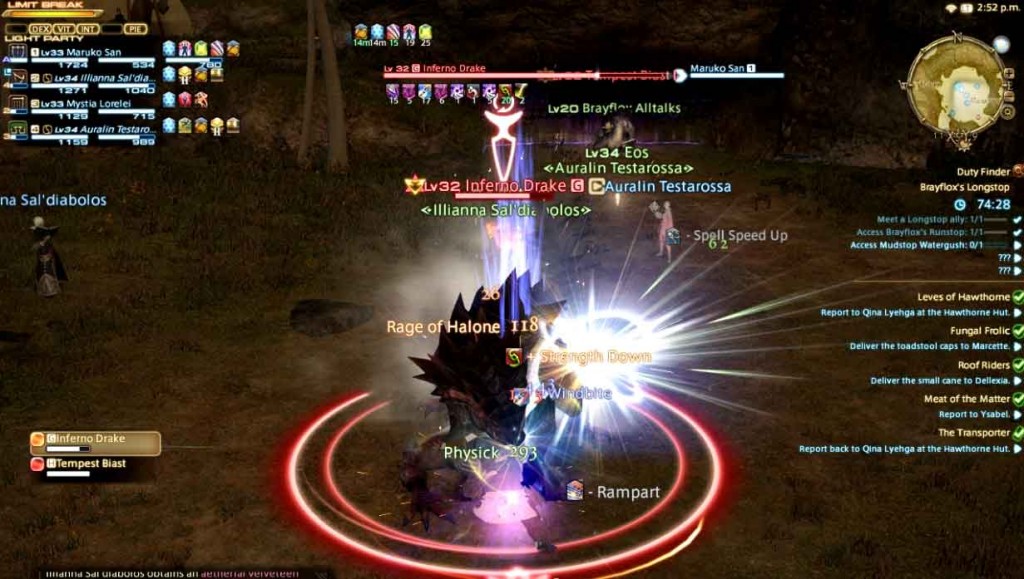 Hellbender only has one significant skill to look out for:

Queer Bubble – Encases one of your party members in a bubble, making them unable to use skills. This bubble must be destroyed ASAP.

Other than that, his other skills can either be avoided or disrupted (stun). As a tank, make sure you position Hellbender to face away from the rest of your party. 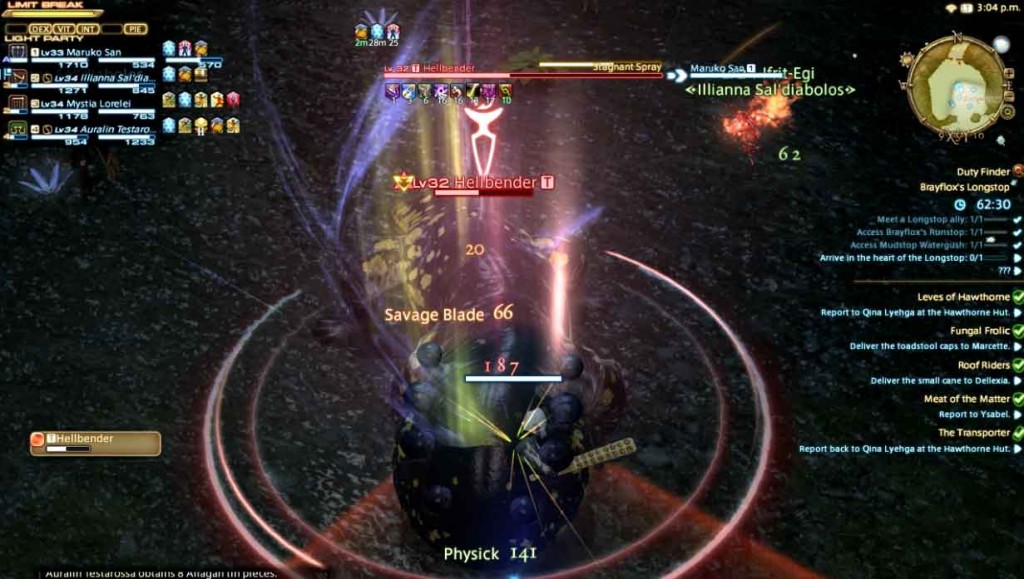 If you have low-level white gear, and are only level 32, this guy can be a problem. Aiatar has three abilities to watch out for: